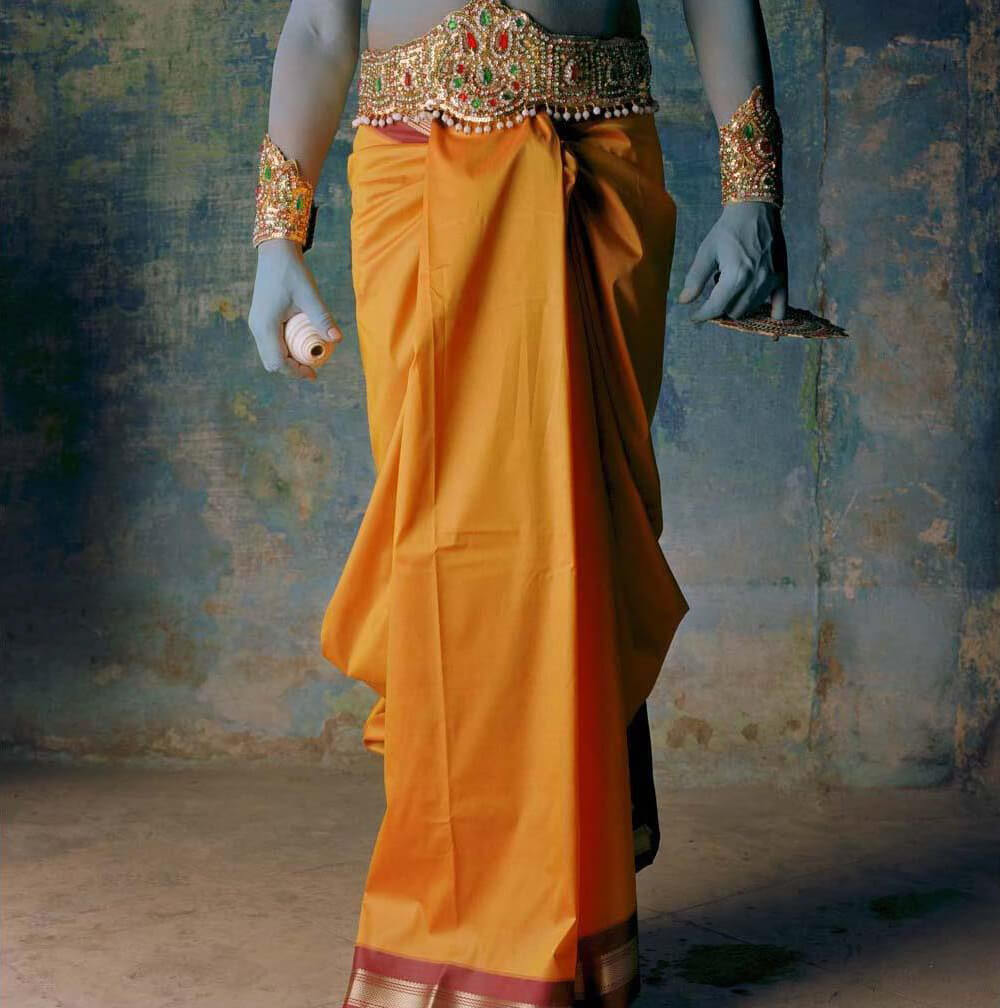 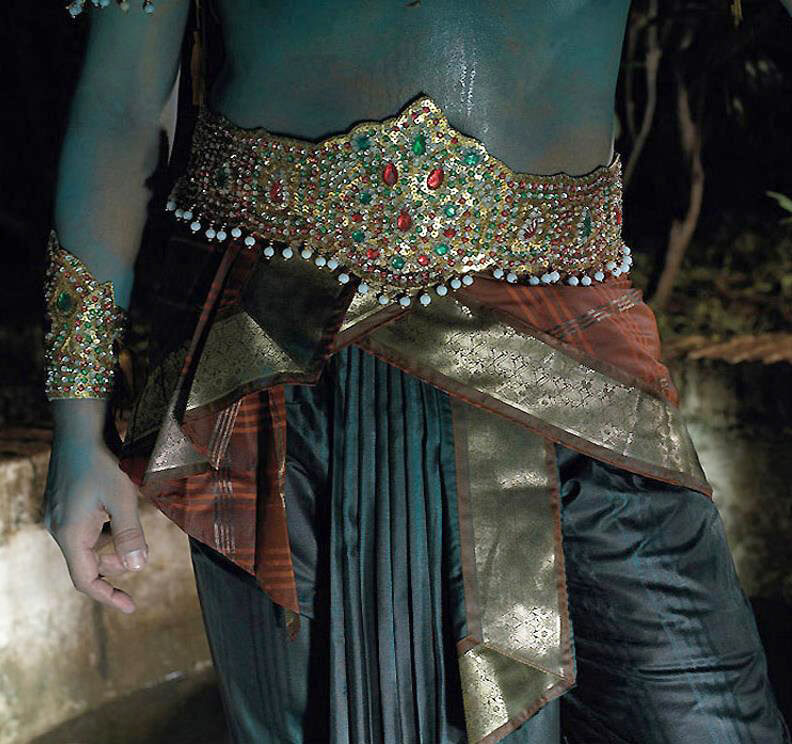 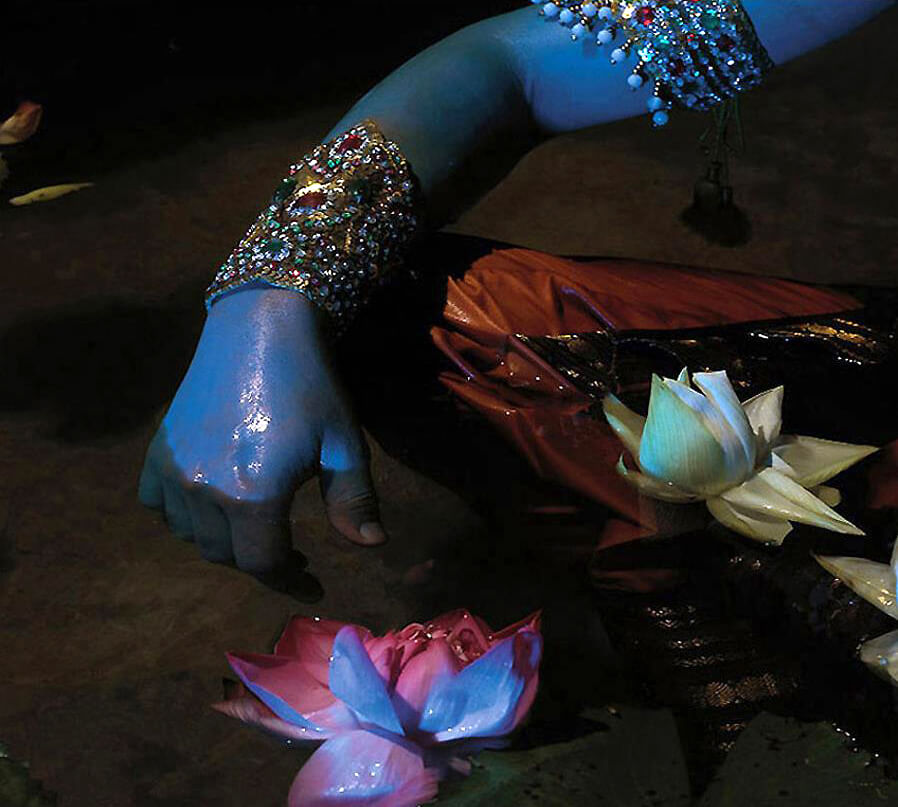 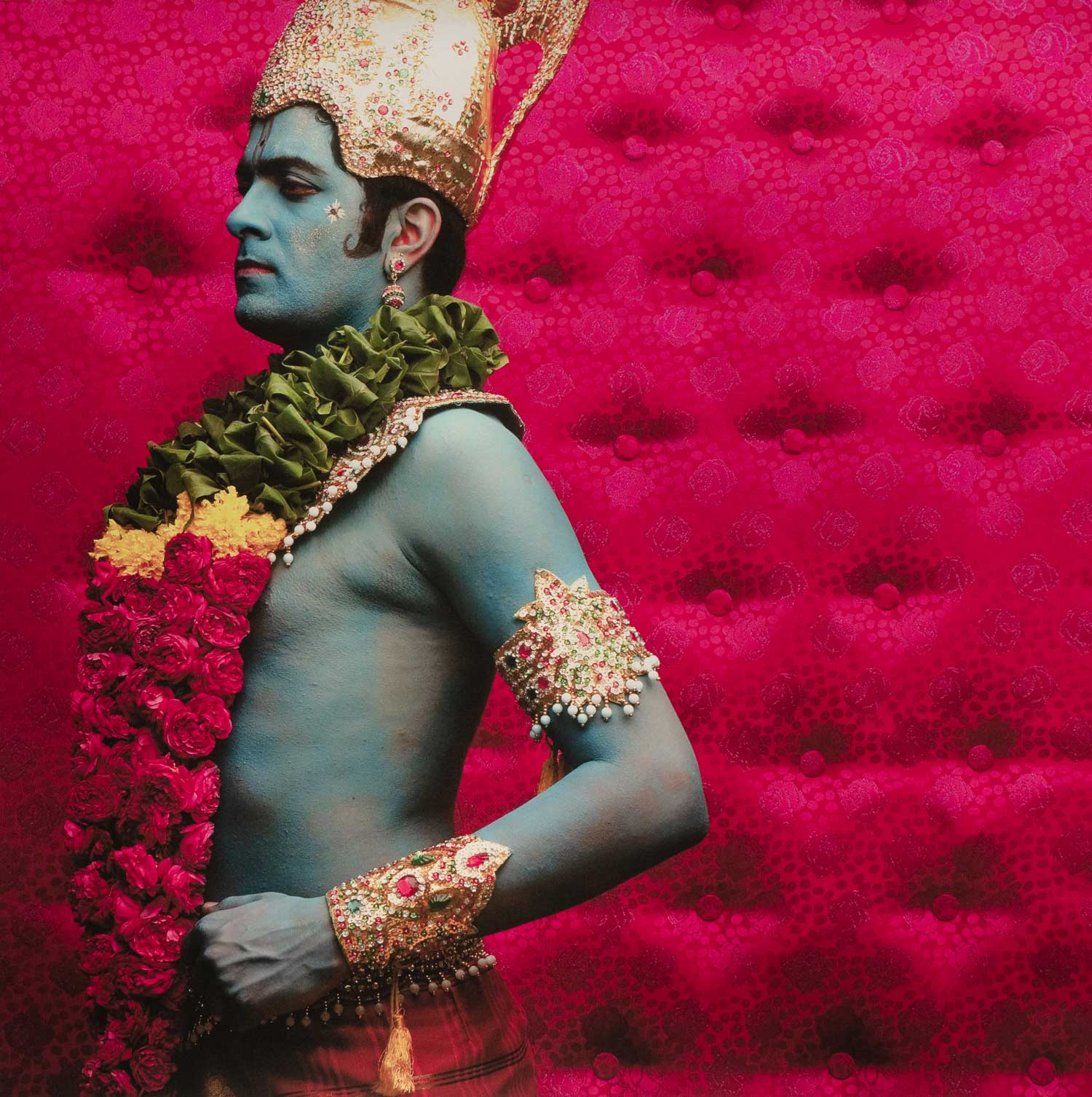 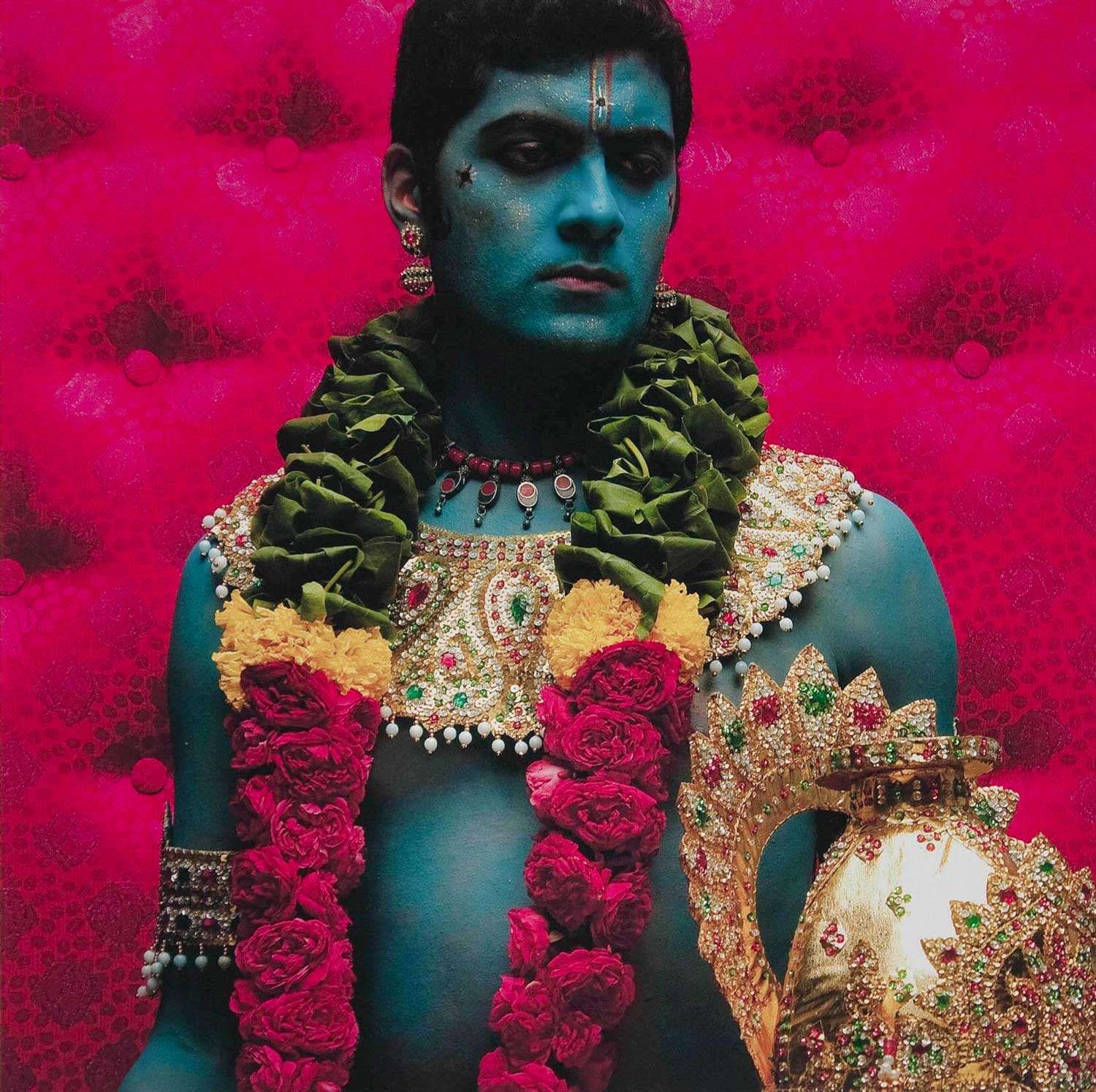 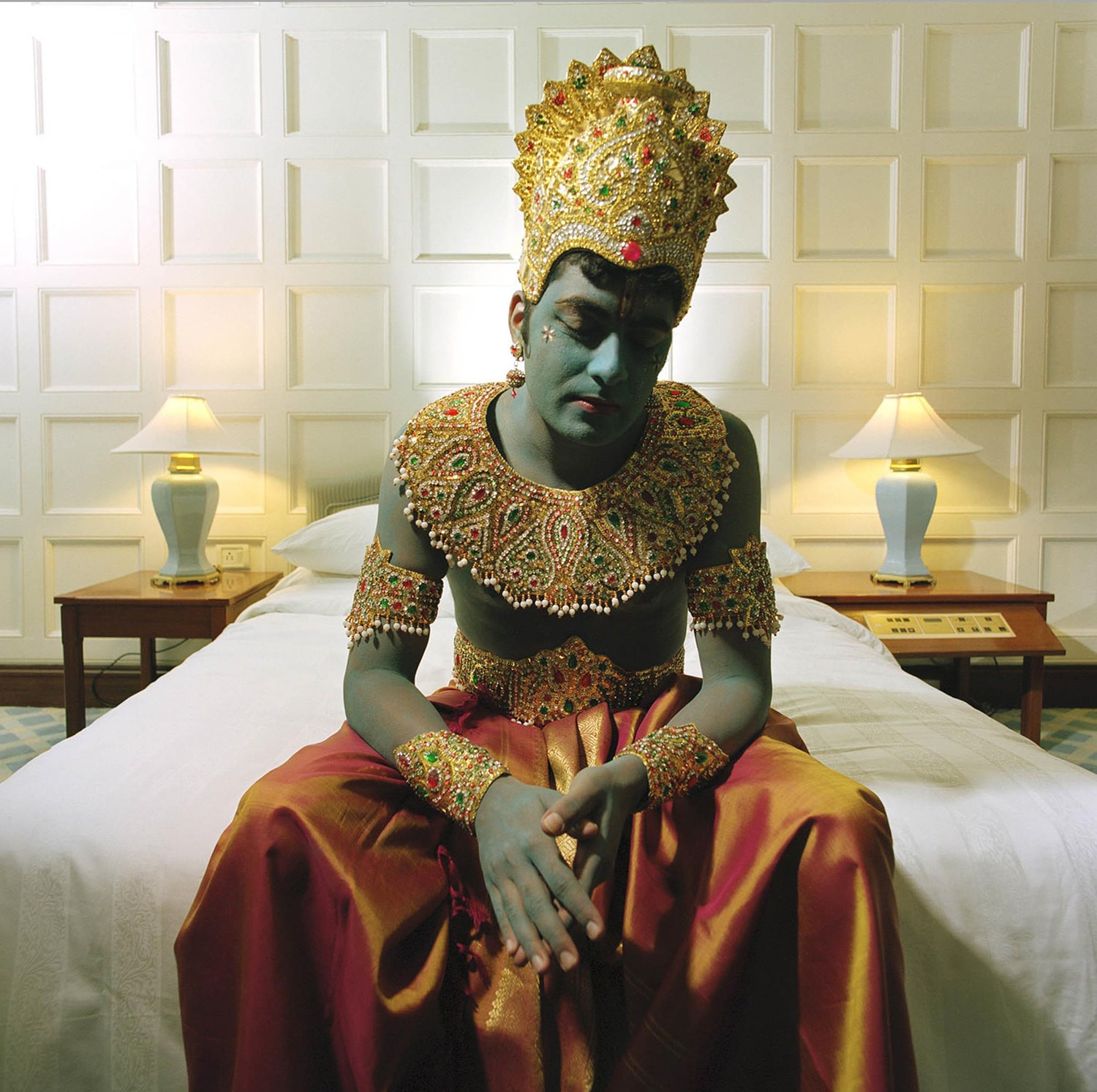 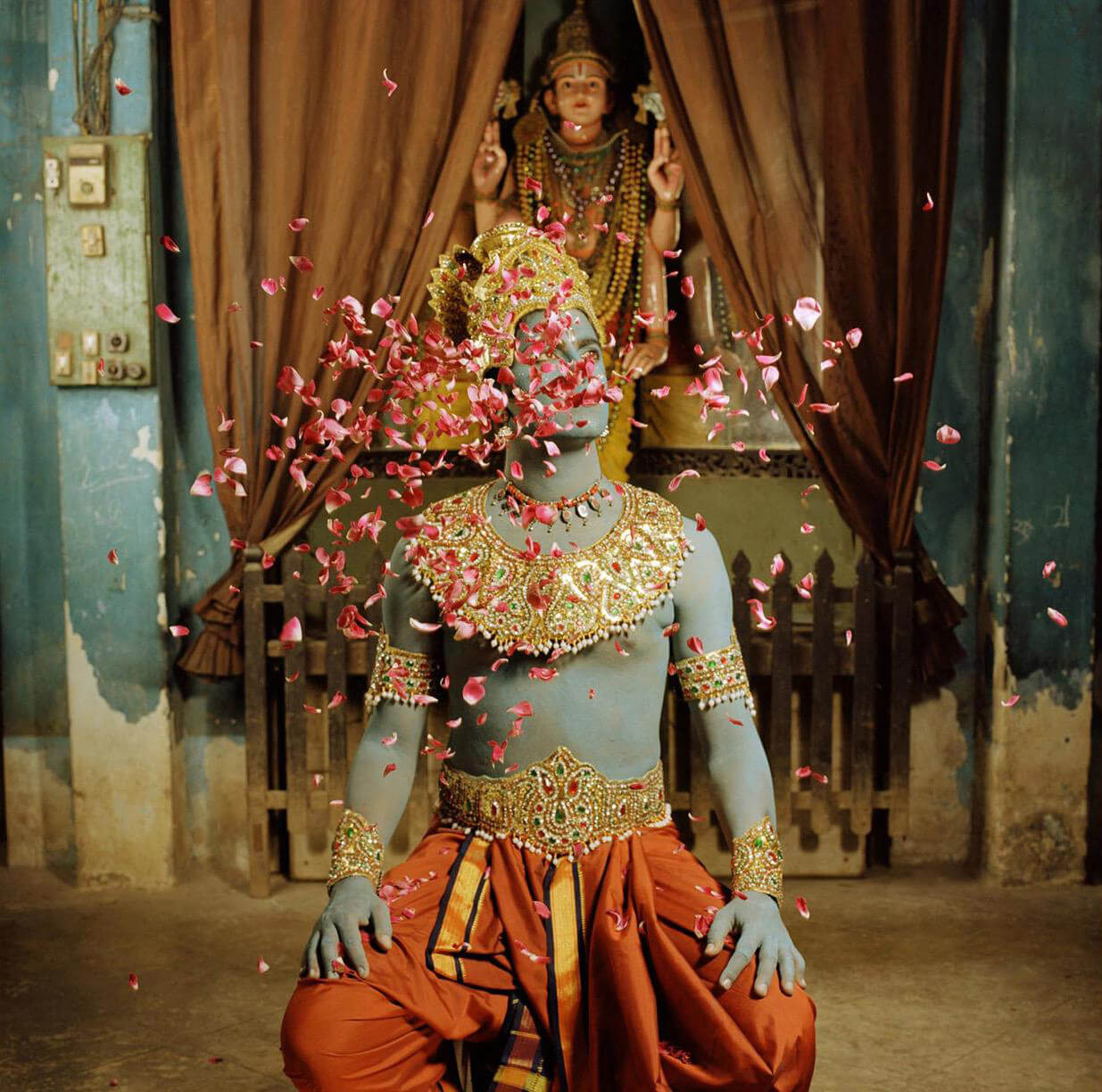 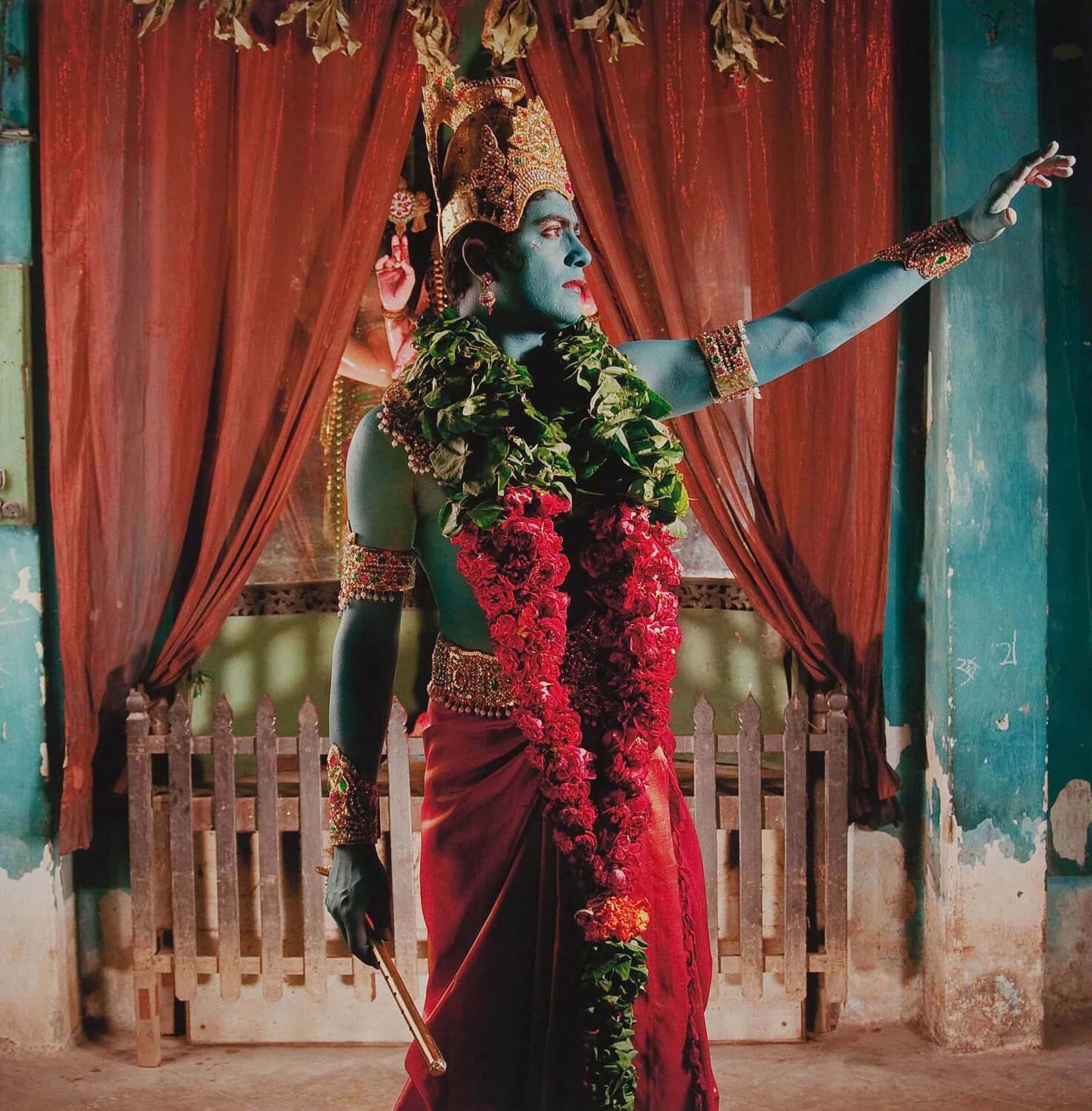 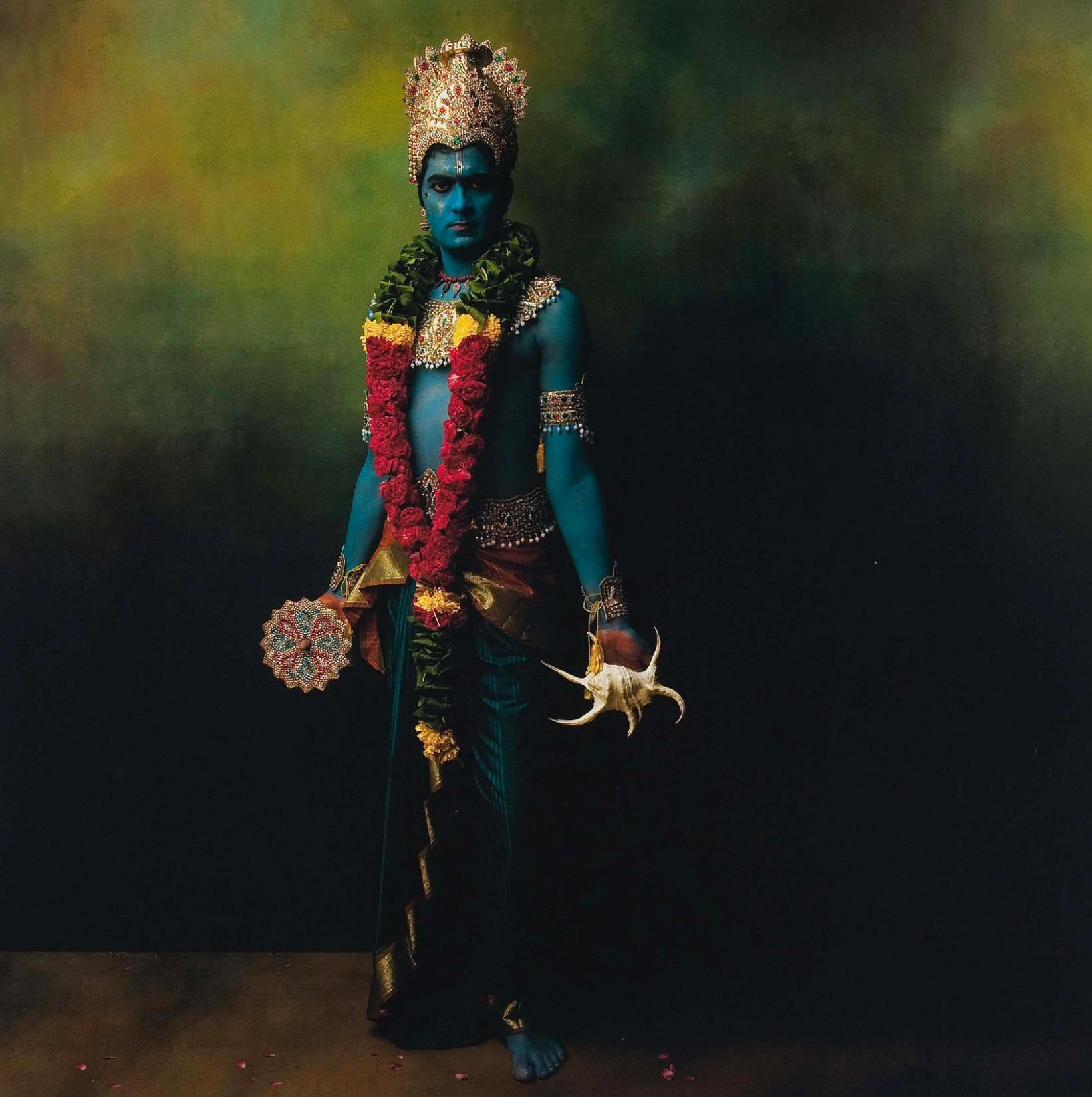 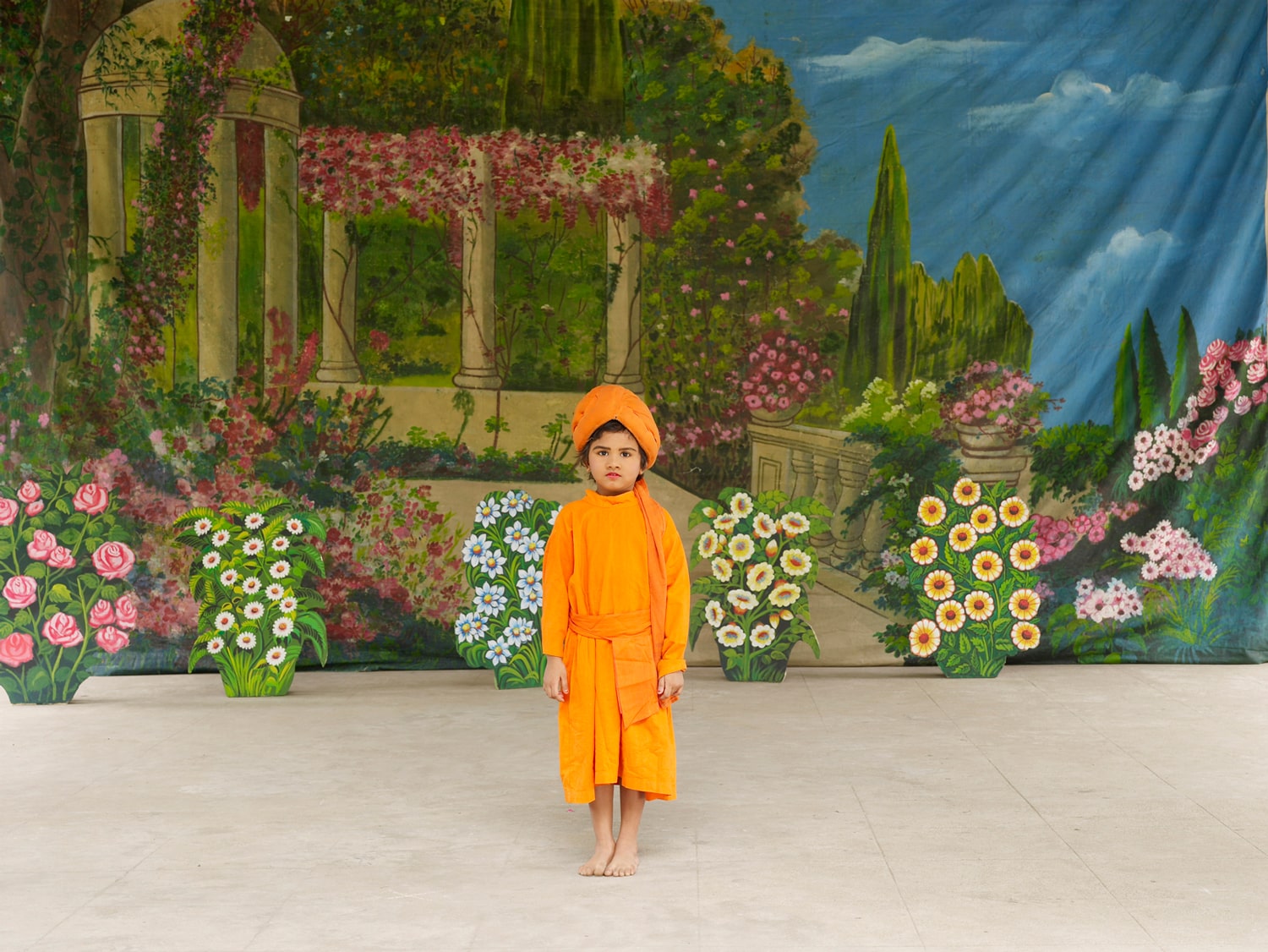 Nandini Valli Muthiah graduated with a BA in photography in 2005 from the Arts Institute at Bournemouth, UK. Her first major suite, entitled The Definitive Reincarnate, explores the concept of incarnated divinity through the vessel of Vishnu. The photographs are highly stylised, with rich colours and tightly choreographed settings which draw from the kitsch calendar arts representation of Hindu deities, and are evocative of dramatic fashion magazine portraits of celebrities. According to the artist, the idea of The Definitive Reincarnate is to "take Vishnu and sort of update him", and indeed in The Definitive Reincarnate, Vishnu is fleshed out with a full-spectrum of human emotions, which are caught in highly-charged exposures that have a painterly quality about them.

Muthiah’s next solo, Remembering to Forget was an ode to the childhood memories of Fancy Dress Competitions in which young children dressed up as gods and goddesses, matinee idols, political heavyweights, recite quotes, speeches, slogans associated with that particular figure. The children wear a look of uncertainty and doubt as they stand before the audience to perform their piece as kitschy backdrops pucker behind them. The suite examines our collective psyche of idol worship and brings to our attention the tragi-comic situation of these icons being forgotten amidst all the remembering.

In her later solo, The Visitor, Muthiah reimagined Vishnu and the project became her most ambitious till date, not only conceptually and in scope, but also in terms of its scale. While her earlier endeavors were shot in controlled environments, this series has had elaborate outdoor shoots with a large crew that can be likened to the cinematic productions of celebrated photographer Gregory Crewdson.

Another noteworthy suite of Muthiah's photographs features portraits of the backs of women wearing silk saris. The result is a sensualised rendering of Indian femininity captured through the delicate brocade work on the sari, the silken texture of the material and the curved drape of the fabric which reveals the nape and the back of the women. There is a certain coyness about the subjects showing their backs in an exhibitionistic way, yet not showing their full faces. As with most of her other work, this suite captures the importance of colour in Valli's oeuvre and the way she uses colour to unburden herself from the yoke of realism and create another plane of idealized reality.

Muthiah lives and works in Chennai.