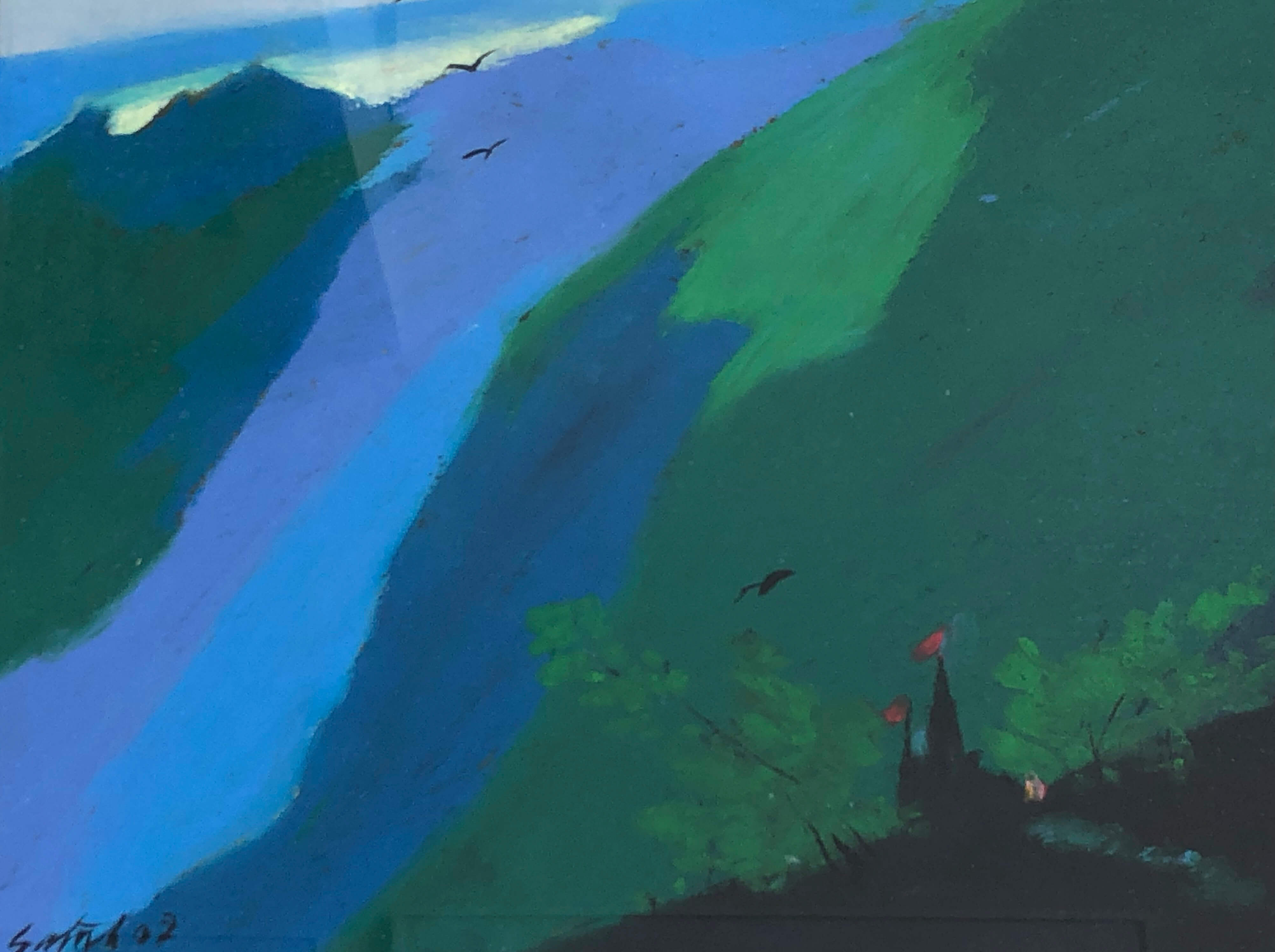 Satish Chandra was one of the most renowned landscape painters in India. Such was his confidence in his art, and his love for Nature, that he devoted his whole life to painting landscapes. In the end, he acquired a reputation second to none on the lndian art scene.
Satish Chandra was born on 5 June 1940 in Ghaziabad. His father, late Manohar Lal Aggarwal, was an officer in the Indian Railways, and Satish was the fourth child among nine brothers and sisters

Satish’s childhood was spent in Khurja, in Uttar Pradesh, where his family lived with his great-grandparents and paternal uncles and aunts in their ancestral haveli known as the ‘Patthar Wali Ilaveli’. Built in 1840, the heautiful haveli, with its intricate carvings in wood and stone, still stood in all its splendour a hundred years later, with elephants at the entrance gates and ‘buggies pulled by horses.Khurja is a tehsil which, at that time, abounded in natural beauty. It was surrounded by lush green fields, lakes and rivulets, rich fruit orchards, mango groves and rolling meadows, the very air crisp and fresh, laden with the sxveet scent of flowers and foliage. Satish grew up in the lap of Nature left its indelible mark on him.The nomadic habit and the desire for fresh experience, so deeply ingrained in Satish, can be seen in his drawings and sketchbooks, which reveal the surprising extent of his travels in India.On these tours, he would invariably stop overnight in temples and gurdwaras. He actually lived with the tribals, the fishermen or the natives he met en route. With his simplicity and his child-like smile, he found his way into their hearts. He ate the food offered to him, laughed, sang and danced with them. He studied their everyday life. He observed minutely an incredible range of details relating to the inhabitants and how their environment influenced them. He rejoiced with them in the lap of unspoiled Nature, enjoying this chance to know the people. At times conversation was not possible, for Satish could not speak their language. He would use subtle gestures to make himself understood. “It was enthralling to see them dance — whirling around the bonfire in their colourful tribal dress their jewellery and beads jingling rhythmically to the beat of the drums. These were places where time seemed to have stopped hundreds of years ago. The landscape was pure like the people who had adapted themselves to it,” says Satish.All that he saw found its way into his sketchbook — the people, their houses made of wood and stone, the temples with their bells of different shapes and sizes, and the boundless beauty of Nature.Most of this work was bought by tourists and by the owners of ‘gift-shops’ during these travels.